Admin 9/07/2020
Admin
Here’re the answers to some frequently asked questions by the aging population about the Jitterbug phones and the AT&T network and wireless service.
Here we’ll discuss topics like: 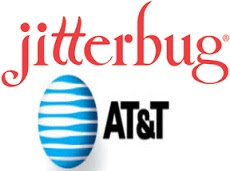 Many of the AT&T network subscribers are looking for the Jitterbug as it’s the ideal phone designed for seniors. Not anyone can use the iPhone or Android smartphones so; they need a Jitterbug smartphone or similar smartphone that ensures ease of use.

Many seniors need the speakerphone, so they can hear without putting the phone to their hearing aided ears, larger icons, larger fonts, emergency alert button, and still wants to snap pictures just like their kids with their smartphones.

But when you looked into what AT&T offers right now you’ll not find any Jitterbug smartphone and none of the smartphones you see on the AT&T website come close to fulfilling their needs. Many of the AT&T network subscribers wondering why AT&T is discriminating against seniors although it’s a growing demographic. The only available option for seniors to get a simplified smartphone from AT&T is to get any of the Samsung Galaxy smartphones and switch it to the easy mode.

Most of the seniors don't care about video sites like YouTube, or social media like Facebook, and Snapchat, they're kind of proud of the fact that; they’re savvy enough just to call and text. They need a phone with big buttons, a high contrast screen, loud ringer volume, an option to crank up the voice volume on the other end of the line. And some of them don't even need a camera or internet capability. So, they’re looking for the Jitterbug phone as it’s the best phone for seniors that fits their needs.

But when you looked into what AT&T offers right now you’ll not find any Jitterbug basic phone or similar phones that can come close to fulfilling the senior's needs.


Check out the AARP free cell phones for seniors.


Can you use the Jitterbug phone on the AT&T network?